Welcome to our digital 2019 Impact Report & 10-Year Review. Download a PDF of the report here or browse by section below.

At the time, our graduation rate was 56 percent — and too many children were struggling to master grade-level math and reading skills. We needed our community to rally around the cause of public education and make our schools the foundation of a thriving city.

Ten years later, we’ve made tremendous progress. Our district is closer than it has ever been to an A grade, and our graduation rate is now soaring over 85 percent.

JPEF is proud to have played a part in this success story by putting the public back in public education. Our work on the ONE in THREE photography exhibit at the Cummer Museum of Art & Gardens raised awareness about our dropout crisis. Awareness turned into action through the groundbreaking ONE by ONE campaign, which identified community priorities for public schools and informed a new district-wide strategic plan. The Quality Education for All Fund, based at The Community Foundation for Northeast Florida and administered by JPEF, helped move the needle in our lowest-performing schools and guided JPEF’s focus on human capital in our next chapter.

On our 10th anniversary, we want to express our sincere gratitude for all you’ve done to support this progress. None of this would have been possible without you.

In the midst of great progress, we now have to double down on our efforts to close the opportunity gap for students who are still struggling. We are thrilled to launch a new School Leadership Initiative to help improve school quality in our low-income neighborhoods. We hope you will join us in this work.

Community leaders invested in improving public education identified the need for a high-capacity local education fund. One of the first initiatives was a year-long study by Education Resource Strategies that led to more efficient use of resources, co-funded with DCPS.

2011: ONE by ONE became flagship initiative

In September 2011, the Jacksonville Public Education Fund launched its first major community mobilization initiative. The ONE in THREE art exhibit was seen by more than 75,000 viewers, and nearly 1,700 people participated in ONE by ONE community conversations.

>>> The Jacksonville Public Education Fund served as a strong advocate in informing and engaging the community around the 2012 school board elections, and around the school board’s search for and selection of a new DCPS superintendent, Dr. Nikolai P. Vitti.

2013: Quality Education for All Fund launched

Responding to the priorities identified in the ONE by ONE campaign, The Community Foundation for Northeast Florida launched this $38 million investment in human capital to improve teaching and leadership in historically low-performing schools. JPEF administered the fund.

JPEF adopted a new focused strategic framework to deepen our impact on school quality by investing in human capital to strengthen public schools.

JPEF expanded the EDDY Awards into a yearlong program for Teachers of the Year to build their capacity as practitioners and leaders in their schools.

>>> With the departure of Dr. Vitti as superintendent, JPEF hosted our first-ever School Board Candidate Academy and engaged the community as the school board launched a search and selection of a new DCPS superintendent, Dr. Diana Greene.

JPEF SUPPORTED TAX REFERENDUM FOR SCHOOLS
Duval County Public Schools proposed a 15-year half-penny sales tax to pay for $2 billion in improvements to public school buildings. JPEF called on City Council to put the matter to a vote and shared results from our annual community poll showing strong support for a small tax increase for schools.

JPEF launched a School Leadership Initiative to provide professional learning and grants to school leaders in Title I elementary schools.

Public schools in Duval County have made great strides, but we have more work to do to close the opportunity gap for low-income students. For this reason, JPEF is launching the School Leadership Initiative.

Great schools can only exist with great leaders. Effective principals are more likely to retain high-quality teachers, and they are also more likely to dismiss poorly performing teachers. According to a national study conducted by Stanford University, students in schools with high-performing principals will have between two to seven months of additional learning gains. There are virtually no cases of a school turning around without a powerful leader.

The School Leadership Initiative provides professional learning and grant funding to school leaders in Title I elementary schools in Duval County. It also provides national research to improve practices throughout the school system.

Schools serving low-income students face more barriers to achievement, as shown by differences in school grades between Title I and non-Title I elementary schools in Duval County. 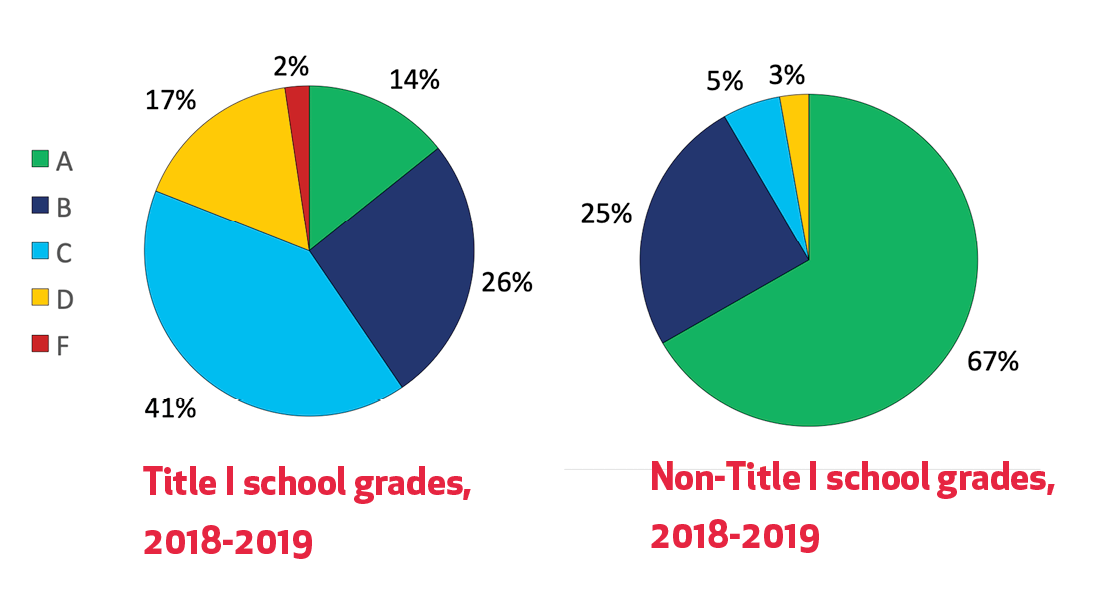 At Ruth Upson Elementary, Principal Yvonne Spinner is creating opportunities to retain teachers to ensure every child has a great teacher.

At Don Brewer Elementary, Principal Jennifer Gray is developing trust between teachers and parents so that parents are active participants in their child’s education.

In Duval County, being teacher of the year means much more than a parking space.

JPEF has built the EDDY Awards — an elegant celebration that helps retain teachers in the classroom by showing the community’s appreciation — into a yearlong professional learning experience.

The goal of the EDDYs Experience is to empower every teacher of the year as a teacher leader who mentors other teachers, fosters a positive culture in the school and spreads best practices in instruction.

Through the program, teachers learn from each other and from top local and national partners, and build advocacy skills to make their voices heard on issues like the Florida Standards and the sales tax referendum. They also receive grant funding to spend on strategic projects in the classroom and get connected to opportunities like the new Cindy Edelman Excellence in Teaching Fellowship.

The crowning experience is the e-cubed summer fellowship, in which the top five finalists travel to a national conference, meet with the Duval County School Board and develop their skills as teacher leaders. 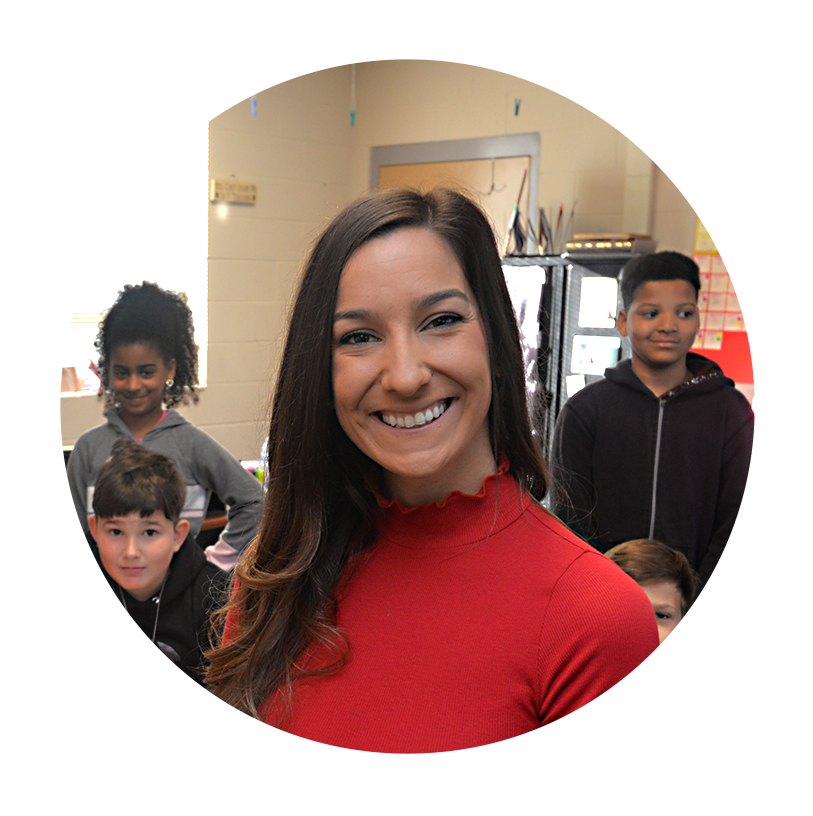 Last year, I was a classroom teacher wondering if I’m really making a difference. A year later, I know I made a difference to my students, my community and education in Florida.”
— Stephanie Bellino, 2019 Florida Blue Duval County Teacher of the Year

A cornerstone of JPEF’s community engagement work is Parents Who Lead, an intensive program on civic leadership that teaches parents how to be effective advocates for children. Participants attend weekly three-hour classes for 20 weeks and complete a community project of their choosing with the strategic support of JPEF and partners, including Duval County Public Schools, the Jacksonville Public Library and Kids Hope Alliance. Earlier this year, eight parents graduated from the inaugural class, leading community projects such as: teaching parents how to advocate for children with special needs, hosting a workshop for teachers on implicit bias, developing an online portal for parents of gifted children and successfully advocating for traffic safety improvements outside First Coast High School. Parents Who Lead alumni have also played a major role in the community conversation around a tax referendum for Duval County Public Schools, appearing in the media and before City Council to advocate for letting the voters decide. This fall, 34 parents began the program in the second cohort. 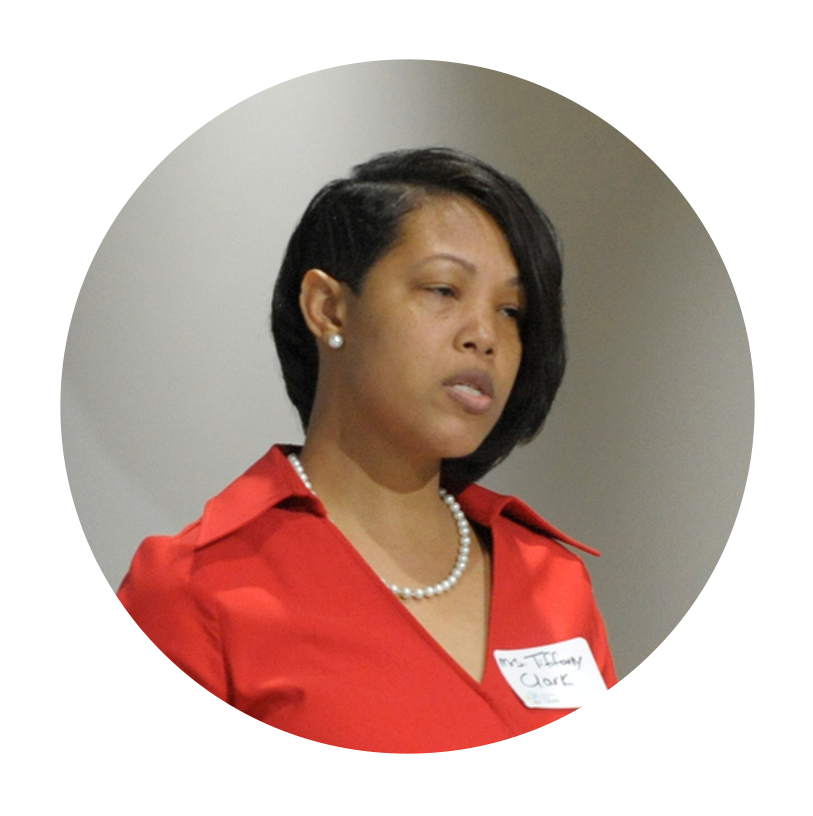 This program took me from advocating for my children to learning how to advocate for all children in Jacksonville. I learned how I can use my voice to act and speak on behalf of our children and families.”
— Tiffany Clark, 2019 Parents Who Lead Graduate

The Jacksonville Public Education Fund aims to ensure every student has access to high-quality public schools. We’ve seen a lot of progress over the last 10 years, but inequities by race and income persist in our schools. We are focused on closing the opportunity gap for low-income students and students of color by investing in human capital in our public schools: effective principals, teacher leaders and parent advocates. Through our research and policy work, we also drive change in partnership with system leaders, amplifying our impact across the entirety of Duval County. 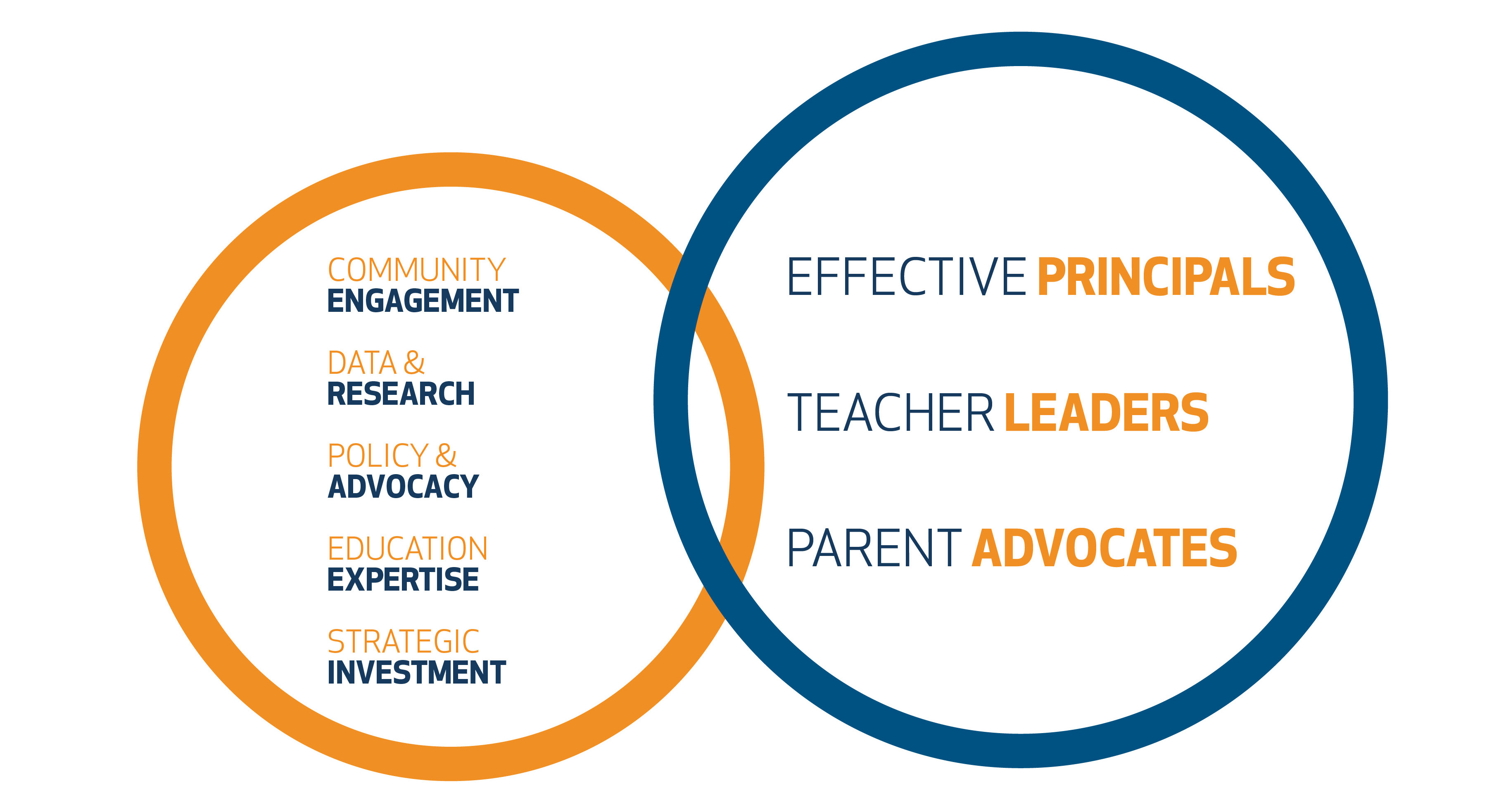 In 2009, a small group of community leaders founded the Jacksonville Public Education Fund. Ten years later, JPEF has played a pivotal role in the progress in our public schools, which now boast a graduation rate more than 85 percent and the distinction of being one of the top urban districts according to the National Assessment of Educational Progress, also known as “the nation’s report card.”  None of this would have been possible without the steadfast support of JPEF’s investors. We are honored to recognize our investors for the fiscal year ending June 30, 2019.

The Community Foundation for Northeast Florida