ONE by ONE documentary airs Thursday on WJCT

ONE by ONE documentary airs Thursday on WJCT 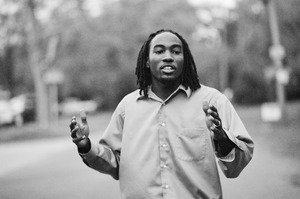 For the last two years, WJCT cameras have been following the ONE by ONE process - and more importantly, the students who started it all - to produce a documentary.

Tomorrow night at 8 p.m., that documentary will premiere on WJCT-TV Channel 7.

"ONE by ONE: The Power of ONE" follows the stories of the students featured in the ONE in THREE exhibition, and looks at the ONE by ONE campaign from the ground up, from the conversations to the January 5 convention. For more information, check out the WJCT television schedule.

We hope you'll tune in - and maybe even catch a glimpse of yourself or someone you know working to make public education a top priority in Jacksonville.

If you have ratified, would you forward this e-mail to five friends? With your help, the goal of 2,000 ratifications by March 1 should be blown out of the water! (Need printed copies instead? Let us know!)