Partnerships for excellence in public education

Partnerships for excellence in public education

The Jacksonville Public Education Fund was recognized for the organization's commitment to public education at the first Fall Duval County Public School (DCPS) Board meeting on September 3rd.  Board Chairwoman, Cindy Edelman, and President, Trey Csar and received recognition awards on behalf of JPEF.

Nine panels of the ONE in THREE: Let's Solve Our Dropout Crisis art exhibition are on display throughout the DCPS district central administration building. Through dramatic portraits by local photographer Ingrid Damiani, the ONE in THREE exhibition displays the faces and stories of 20 current and former students of Duval County Public Schools, who struggled to complete their education but were able to do it. The ONE in THREE art exhibition was exhibited at the Cummer of Art & Garden Museum through December 2011 to August 2012.

Dr. Vitti expressed his gratitude at last night's board meeting for the donation and encouraged community members to read the positive, success stories of the featured Duval County students. The Cummer of Art & Garden Museum and Mayo Foundation made the installation of the ONE in THREE art exhibition possible.

This past June, the Jacksonville Public Education Fund also partnered with DCPS for their Public Education Partners (P.E.P) Rally in 2013. During the P.E.P. Rally students and families painted 600 canvas tiles. The canvas tiles were assembled by volunteer artists at the CORK art district, which are also on display in the Cline Auditorium at the DCPS district central administration building.

The Jacksonville Public Education Fund will continue to connect and collaborate with the school district and community organizations working on behalf of children. 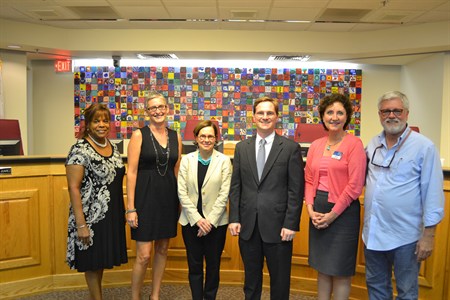 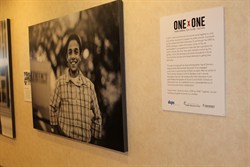 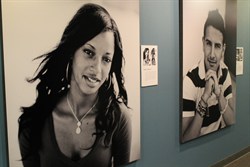