A parent leader in action

Teachers discuss the impact of implicit bias in their classrooms 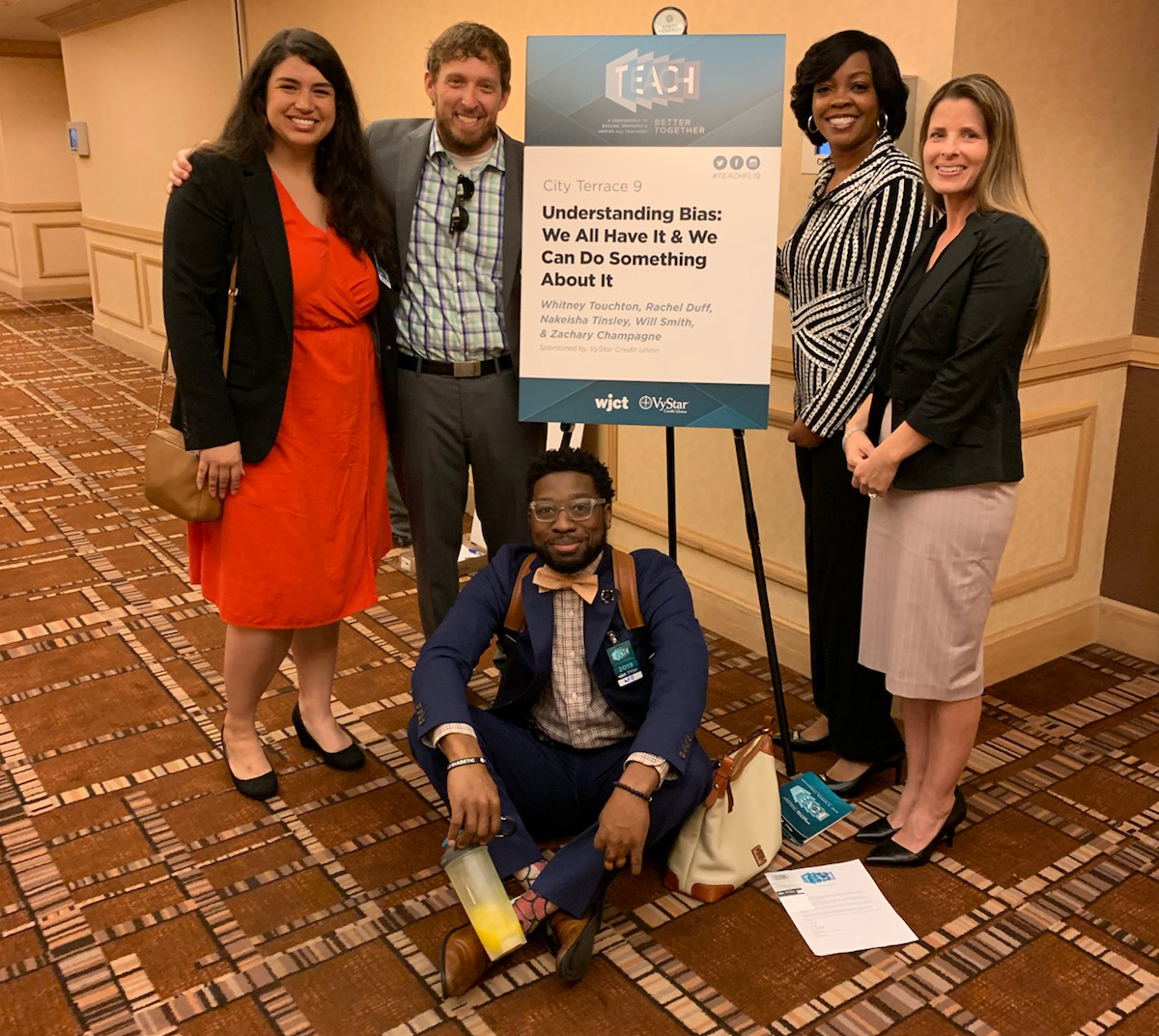 Whitney Touchton, a mother of three, started her journey of learning about racial bias several years ago, through an organization called Be the Bridge.

So when she joined Parents Who Lead, an initiative JPEF started in partnership with Duval County Public Schools, the Jacksonville Public Library and the Kids Hope Alliance, she knew she wanted to focus her community project on implicit bias training.

After 20 weeks of intensive classes on civic leadership skills, Touchton put her idea into action. She led a session at the WJCT Teach Conference in downtown Jacksonville, bringing some of Duval County's top teachers together to speak to other educators about how they can create classrooms where all students can thrive.

Implicit Bias: What is it?

Implicit bias is also known as subconscious or unconscious bias. According to the Kirwan Institute for the Study of Race and Ethnicity at Ohio State University, implicit bias refers to the attitudes or stereotypes that affect our understanding, actions and decisions in an unconscious manner. These biases, which encompass both favorable and unfavorable assessments, are activated involuntarily and without an individual’s awareness or intentional control.

In education, research has shown implicit bias can negatively affect children of color. For example, data from the U.S. Department of Education has found that black children are more than 3.6 times as likely to be suspended from preschool as white children. A Yale study found that when teachers expect bad behavior, they focus more on black children than white children.