One teacher’s journey to become a Teacher Leader 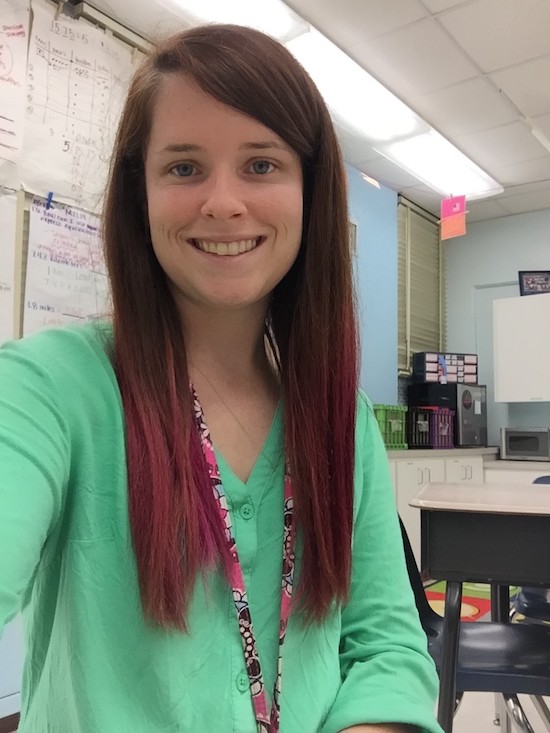 When Stacy Marshall, a semifinalist for the 2016 Florida Blue Duval County Teacher of the Year, was selected to represent Sallye B. Mathis Elementary, she had no idea that the Jacksonville Public Education Fund (JPEF) existed. It wasn’t until she was sitting in the Jessie Ball duPont building where JPEF is housed for the Teacher of the Year orientation that she met anyone from the organization.

She asked her fellow Duval County Public Schools teachers if they had ever heard of these mysterious public education advocates, but JPEF had no notoriety in the hallways of her school. Marshall began to research the organization online and through social media to find her answers. And what she found was an organization willing to listen to the challenges teachers were facing and to try to help in any way it could.

“I have fallen in love with this organization,” Marshall said.

In the two years since Marshall was recognized at the EDDY Awards, she has been invited to participate in the Teacher Roundtable and serve on the steering committee for the initiative. She said participating in these two initiatives helped her build and express confidence and empowered her to embrace leadership at her school.

“I had no idea what [Teacher Roundtable] was,” she said about her initial invitation to the group, “but they told me it was about teacher leadership...and I wasn’t thinking of myself as a leader in that aspect until I won Teacher of the Year at the school.”

Despite her initial hesitation, Marshall went to the Teacher Roundtable event. Her first experience there opened her eyes to new possibilities in her career as an educator. JPEF was helping teachers have a voice outside the walls of the classroom and putting people in connection with the folks at the district. JPEF staff knew who to connect teachers with at the district level to get answers to questions that they had, even if the questions were not related to the day’s conversation topic.

“Everybody was welcoming, asking ‘who are you, what’s your name, where do you teach, what are you doing, what’s going on in your classroom -- what’s working, what’s not working...and once we got into the [teacher leadership] conversation, I grew to really appreciate feeling my voice was heard. You don’t always get that level of conversation, other than friends talking among friends in the [school] building,” Marshall said.

“When the [Teacher Leadership Memo] was drafted, I felt like wow these people really are trying to help teachers have a voice. The more I felt confident and felt heard, the more confident I felt to speak out about what’s happening in the classroom. That building of my confidence is something I brought back to my school,” Marshall said.

The goals of the Teacher Roundtable are to elevate the voices of teachers in community and district discussions about improving public education, support teachers in being their own advocates and connect teacher leaders to the community through speaking engagements and other opportunities.

Teacher Roundtable is an initiative designed for and led by public school teachers in Duval County. Through this initiative, the teachers who participate in existing programming efforts at JPEF, especially the EDDY Awards Teacher of the Year recognition program, come together to further strengthen their capacity for advocating for high-quality public education.

“I learned so much from the opportunities that I’ve been given through JPEF hosting these different events - giving me an opportunity to collaborate with people who I otherwise would have not met or seen,” Marshall said.“I think that there are a lot of great teachers in our community that want to do more than just close our classroom door and teach every day, but they don’t know that the opportunity is there.”