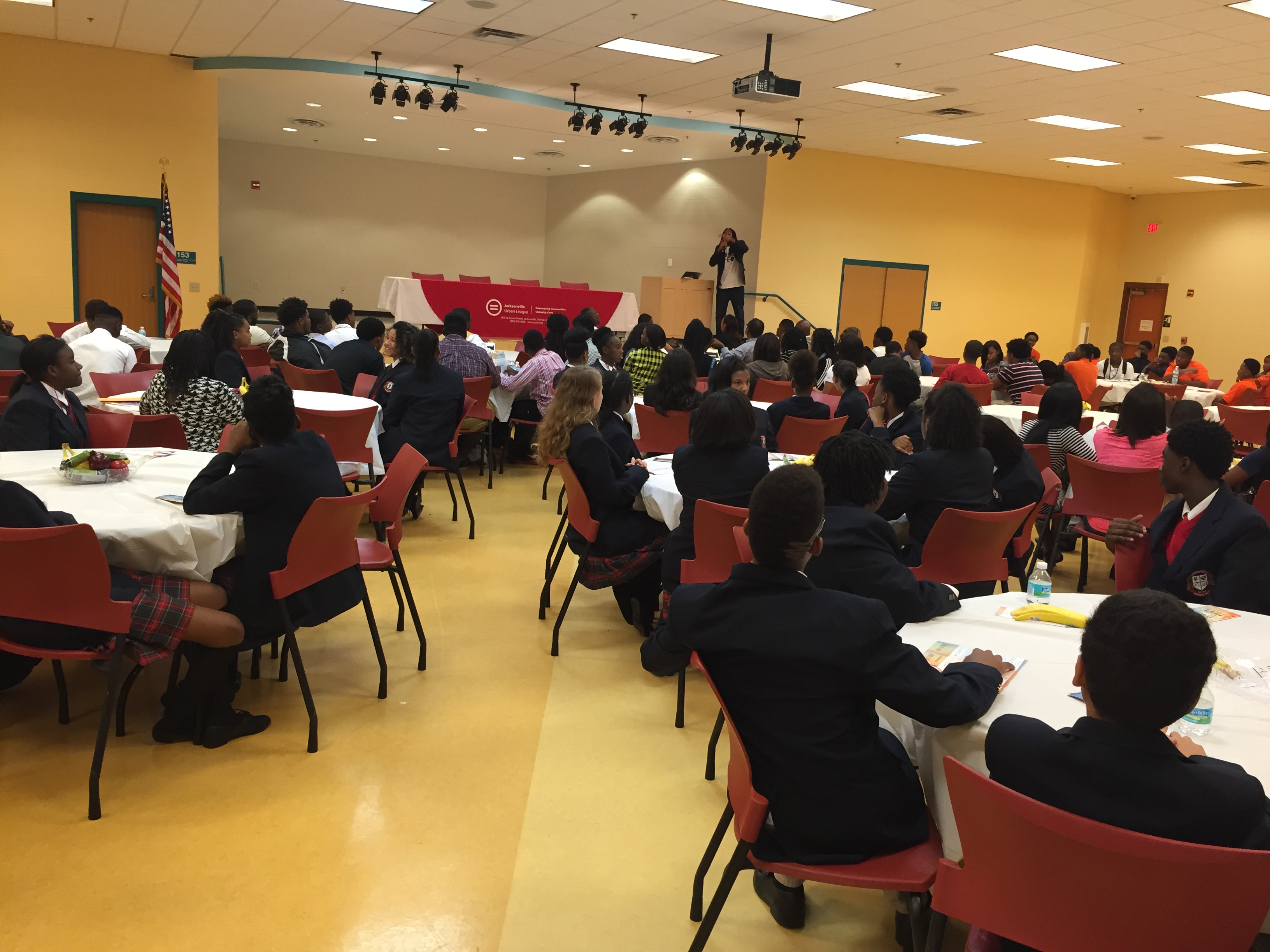 On Friday, October 9, more than 300 middle and high school students gathered at the Legends Center on the Northside to hear testimonies related to youth interaction with law enforcement. Emcee Travis Pinckney kept the youth engaged by giving them several opportunities to interact with panelists and speakers. Students were curious about what goes through the minds of officers that have to make arrests in their own communities.

With 95 percent of the event participants being African-American, the topic of race relations among minority youth in our community was referenced frequently throughout the program. William M. Raines High School freshman, Jermané Henderson, expressed how necessary it was for her and her peers to understand the role of law enforcement in the community. She wanted to know what young people can do to strengthen their relationship with police officers so that both parties can learn to trust each other.

The next segment of the event touched on this relationship as well when a young man who is currently incarcerated was escorted to the stage to speak the students. He explained his journey from high school to the jail in less than 10 minutes and moved the audience to tears. Currently serving a 20-year sentence for armed robbery and other related charges, this young man warned the students about what happens when one allows their bad decisions to escalate.

He was a stellar student in ninth grade, as his former English teacher — who happened to be present that day — attested to. He began committing small infractions when not in school, and peer pressure influenced the frequency and severity of his criminal behavior. With no previous legal record, he was arrested and sentenced to 20 years in jail at the age of 16. The officers who work with him daily in the juvenile detention center were present and noted that he initiated the idea of traveling throughout Duval County with them to speak to as many young people as possible to get them on the right track so that they can avoid following in his footsteps. The room was filled with emotions ranging from sorrow to immense hope. This young man is determined to finish high school and become a marine upon completion of his sentence, and that day, he witnessed a room full of people rooting for him to succeed when given a second chance.

Day 1 of the Be the Change Forum held by the Jacksonville Urban League reached students and the community members that support them in a profound way. Our local law enforcement officers who were present that day are dedicated to strengthening their relationship with youth, and the youth were determined to avoid the criminal justice system by all means. Collaboratively, the community, law enforcement, and our students can in fact be the change — not just in the years to come, but today.