Today the Florida Department of Education released the 2014-2015 graduation rates, and the news is incredibly encouraging.

The rates, which are calculated using a stringent federal formula, showed that Duval County's overall graduation rate rose to 76.6 percent, up from 74 percent in 2013-2014. Even more exciting is the data showing that rates among African-American students and economically disadvantaged students are going up even faster, reducing disparities.

The state-wide graduation rate also went up, but increased more slowly than in Duval, rising from 76.1 percent to 77.8 percent.

Here are some key takeaways:

See below for some charts from the Florida Department of Education's EdStats tool, and check back with jaxpef.org for more information and updates to our Learning Center's individual school pages coming soon! 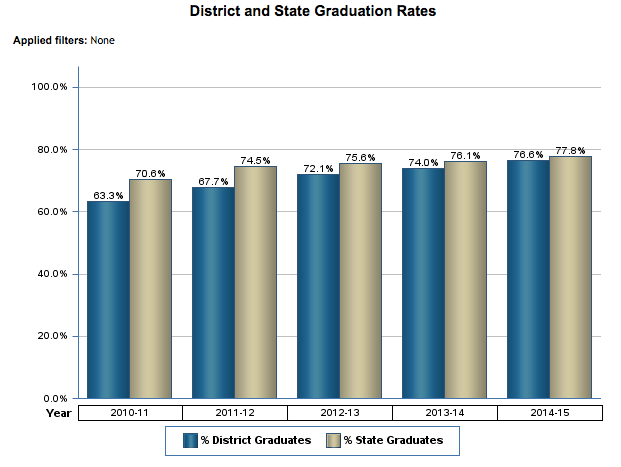 This chart shows all of the 2014-2015 cohort in Duval by status by year. It shows how the share of graduates is increasing. The green bar is students who are still enrolled, meaning that they might eventually graduate but not within four years. These students will not count toward the next year's graduation rate. 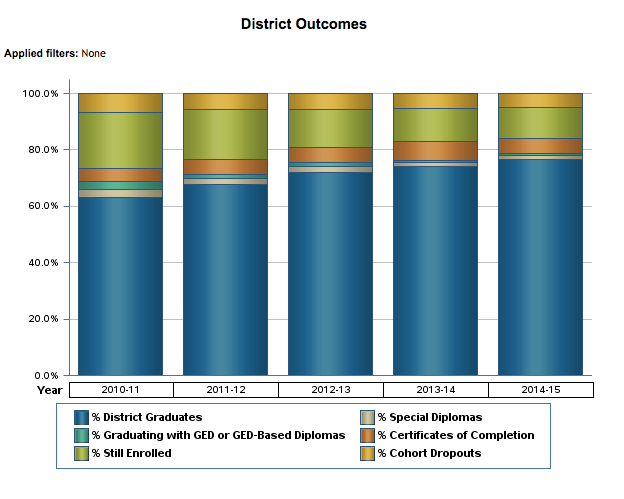 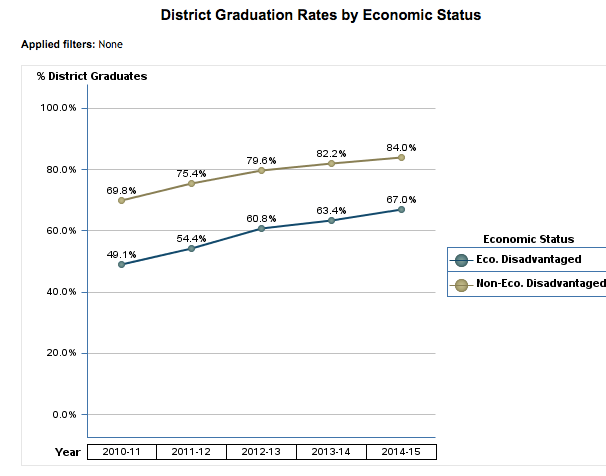 This chart shows the graduation rate by racial/ethnic subgroup. Over the last year, Duval has seen significant increases among African-American and Hispanic students.