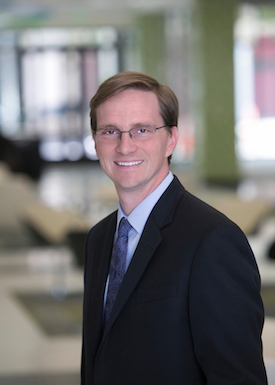 JACKSONVILLE, Fla., June 15, 2018 — Jacksonville Public Education Fund (JPEF) President Trey Csar will step aside later this summer after more than nine years of leadership of the education advocacy organization. Rachael Tutwiler Fortune, JPEF’s current Executive Vice President, will serve as Interim President, as the organization’s board of directors develops a plan for long-term leadership at the organization.

Since its founding in 2009, Csar has led JPEF in playing a key role in improving our community’s public schools. Under his leadership, the organization was established as a regional and national model for similar organizations. One measure on which the organization has focused, and that demonstrates the tremendous progress Jacksonville has made as a community for the kids who need it most is the high school graduation rate, which has grown by 25 percentage points since JPEF’s founding, to the highest point ever at 80.8 percent.

“JPEF has achieved enormous impact over the almost decade it has existed, and Trey’s leadership was integral to that success,” Poppy Clements, JPEF Board Chair, said. “With the current executive transitions underway at both DCPS and the Kids Hope Alliance, along with upcoming school board elections, this is the perfect time to begin JPEF’s next chapter as well.”

Tutwiler Fortune has worked for the organization for a number of years, including leading the ONE by ONE community engagement campaign from 2010-2012 and rejoined JPEF in 2017 as Executive Vice President. In between those times at JPEF, she earned her master’s degree from Stanford University and worked at both the U.S. Education Department as a Presidential Management Fellow and at the America’s Promise Alliance.

“I am supremely confident in the ability of our team at JPEF to continue the important work of improving Jacksonville’s public schools,” Csar said. “Times of transition, while challenging, also can create tremendous opportunities. I look forward to seeing what the next stage of JPEF looks like over the coming years.”

The formal transition will take place on July 15.

About the Jacksonville Public Education Fund
The Jacksonville Public Education Fund is an independent nonprofit organization that works to spark innovation, relationships and resources to power the potential within and around our public schools to achieve excellent outcomes for all students. For more information, visit www.jaxpef.org or call (904) 356-7757.