Jason Fischer resigns from school board to run for state house

Jason Fischer resigns from school board to run for state house 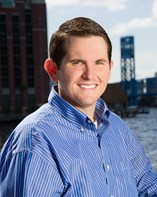 District 7 School Board Member Jason Fischer resigned from the board on June 19 as he prepares for a run for the District 16 state house seat.

Fischer had previously announced he would not be seeking re-election to the school board and filed to run for the state house election some months ago. He resigned this week in accordance with the state’s “Resign to Run” law.

His departure leaves the school board with only six members. Under state law, Governor Rick Scott has the ability to appoint an interim board member to serve out the remainder of Fischer’s term, which lasts until November, but it’s unclear at this point whether or not that will happen.

In the meantime, seven candidates have filed to replace Fischer on the school board. Three have qualified for the election, and the remaining candidates have until June 24 at noon. District 7 covers much of southeastern Duval County, including Mandarin and Atlantic Coast High Schools. The primary election takes place on August 30. If one of the candidates gets 50 percent plus one of the vote, they will be declared the winner. Otherwise, the top two vote getters will head to a runoff in the November 8 general election.