As this year's legislative session has come to a close, important education bills were able to pass both the Senate and House. In addition to the bills, information regarding the new statewide student assessments and the budget for the upcoming year has been released as well.

Senate Bill 850 passed on the final day of the legislative session. The bill contains language that would expand Florida's Tax Credit Scholarship Program. The program affords children from low-income families the opportunity to attend private schools through scholarships. The bill expands this program by allowing at least partial scholarships to higher-income families by increasing the income limit of a family of four from $43,568 to $62,010, and removing certain barriers to participation. Problems to consider are:

In addition, the bill also imposes restrictions on Step Up for Students, one of the non-profit organizations that manages the voucher program, and provides funding for students with disabilities.

This bill still needs to be signed by the governor. For a summary of the bill, click here.

Senate Bill 1642 has been signed into state law by Governor Rick Scott. The new school grading system proposed in said bill will be applied to the 2014-2015 school year. The important changes made to school grading are the:

This new model will determine school grades in Fall 2015, but they are meant to act as a baseline and will not cause any consequences to be imposed upon schools receiving poor grades. These grades will reflect student performance on the new Florida Standards Assessment (FSA), which will be replacing the FCAT 2.0 this year.

While this bill takes a step towards improving school accountability, we are concerned that implementing the new grading system for the coming school year does not provide a sufficient amount of transition time for the calculation and communication of baseline grades in the new system. Furthermore, the system lacks consideration about improving the measurement and use of growth. To solve these issues, legislators should consider implementing a one-year transition period. This would allow time to improve the way growth is measured and used, and ensure that the transition to a new assessment of said measurements is meaningful and sound.

American Institutes for Research (AIR) has been selected to produce the new statewide assessment, the Florida Standards Assessments (FSA), to replace FCAT 2.0 for the 2014-2015 school year. The new assessments will align with the more rigorous Florida Standards that are now in place. The new tests will include:

The statewide assessments will retain the FCAT 2.0 Science assessment, and the EOCs in Biology, U.S. History, and Civics. FSA resources will be available this coming June and July through the Florida Department of Education.

For a FAQ about the new assessment, click here.

An education budget was proposed with an overall increase of $28 million, which is 2.5% more than last year's funds. Unlike last year, this year has capital outlay set aside for public schools: $5 million for maintenance and $10 million for critical maintenance.

For more information about the education policy resulting from this year's legislative session check the following links: 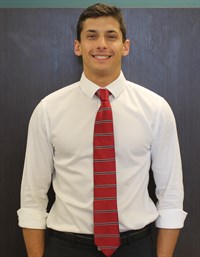 Jonah Kitay is a summer intern for the Jacksonville Public Education Fund. He graduated from the Paxon School for Advanced Studies with a International Baccalaureate diploma in 2012, and currently attends the University of Pennsylvania where he is majoring in Philosophy, Politics, and Economics with a focus on public policy and governance.