JACKSONVILLE, Fla., January 15, 2015- Rev. Torin T. Dailey will take the helm as the third chairman of the Jacksonville Public Education Fund Board of Directors at its first meeting of 2015 today. Dailey, who was previously vice chair, takes over for Cindy Edelman, whose term as chair concluded at the end of 2014 following three years of service to the Jacksonville Public Education Fund. Dailey was elected chair, and Poppy Clements was elected vice chair, at the board's final meeting of 2014.

The past three years have been ones of significant growth and activity for the Jacksonville Public Education Fund, which has grown from a staff of seven to 12 and expanded its programmatic work to include a diverse array of initiatives in the areas of research, community engagement, advocacy and strategic investment. Edelman took the helm in the early days of the ONE by ONE campaign, and under her tenure the Jacksonville Public Education Fund expanded the ONE by ONE movement and launched several major new initiatives, including School Facts Jax, PowerUP Jax, Discover Duval Schools and more.

"Of all our accomplishments, the community engagement work has meant the most to me personally, as we have established JPEF as a trusted listening vehicle of the Community's voices," Edelman said. "This work will continue to deepen with our Third Annual Convention January 31, along with future community conversations. The transition to new Board leadership resides in the best of hands as these two are very skilled leaders. I look forward to serving with them and watching JPEF flourish under their guidance." 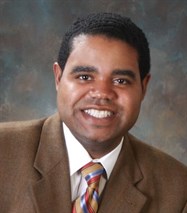 Dailey, a board member since the Jacksonville Public Education Fund's founding in 2009, is the pastor of First Baptist Church of Oakland. He graduated from First Coast High School, earned his bachelor's degree from Florida State University, and completed his Master of Divinity degree at the Interdenominational Theological Center - Morehouse School of Religion. In 2009, Dailey was named the Morehouse School of Religion Alumnus of the Year.

He has been the recipient of the Project Reach Award for Community Involvement, and is actively involved in area schools and youth-serving organizations. Rev. Dailey has grown Youth Explosion as the signature event for the First Baptist Church of Oakland.  Youth Explosion attracts thousands of parents and youth citywide each year through various spiritual, educational, health and wellness related events, culminating with a school supply giveaway. Dailey said he sees a bright future for public education, and considers it the key to Duval County's future vitality.

"I personally consider the Jacksonville Public Education Fund to be one of the most important organizations in this city because Jacksonville cannot be everything we truly want it to be without ensuring high quality education for all students," Dailey said. "The data shows that our education system is heading in the right direction, and I look forward to working with the board and staff of the Jacksonville Public Education Fund to help continue to increase the quality of our public schools."

Poppy Clements, a native of Jacksonville, represents a longtime Jacksonville family tradition of service to young people and to the community. She earned Bachelor of Arts degree from Vanderbilt University and a Master of Science degree in Education from Wheelock College. Clements joined the Jacksonville Public Education Fund Board of Directors in 2011 and serves in a variety of capacities aimed at improving the lives of children in the region. She is on the boards of City Year Jacksonville, Baptist Foundation and is a previous Florida Forum Chair for the Women's Board of Wolfson Children's Hospital.

"I truly believe that right now we have an amazing opportunity to improve the quality of public education for the children of Jacksonville," Clements said. "We have a talented superintendent, an invested community and alignment in education partners. The Jacksonville Public Education Fund plays an important role in giving our community what it wants: a quality education for all."

In addition to Dailey and Clements, board member John Anderson will take over as treasurer of the Board of Directors. Anderson retired in 2008 after serving as President and CEO of Patriot Transportation Holding, Inc.

For more information, contact Deirdre Conner, Director of Advocacy & Communications, at (904) 345-0597 or deirdre@jaxpef.org.

About the Jacksonville Public Education Fund

The Jacksonville Public Education Fund is an independent nonprofit organization that works to inform and mobilize the community to advocate for universally high-quality public schools for all children. For more information, visit www.jaxpef.org or call (904) 356-7757.