What we learned from the October Board of Education meeting: The latest on FSA cut scores and school grades 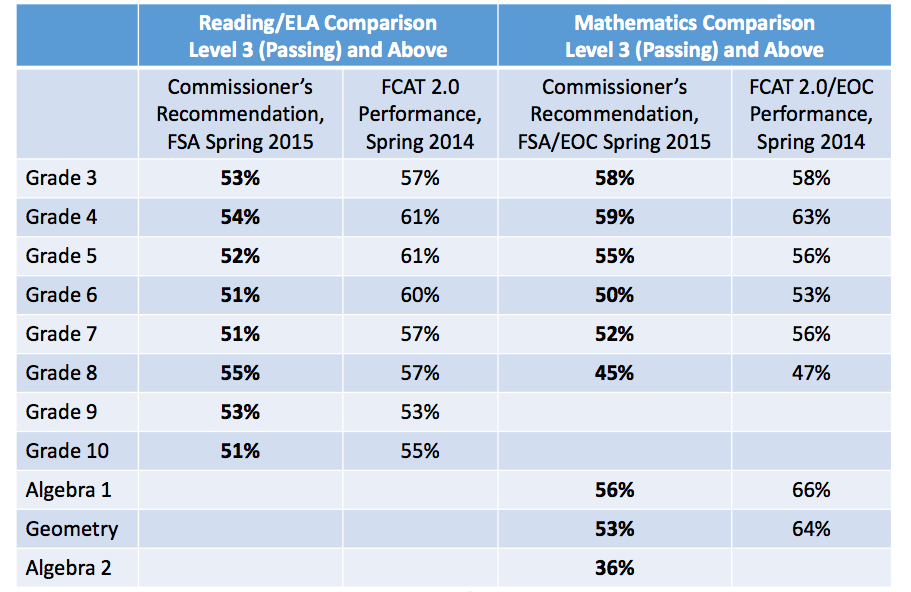 The State Board of Education met on October 28 to discuss the newly proposed “cut scores” for the 2014-2015 Florida Standards Assessment (FSA) as well as hear updates from the Department of Education on what the changes would mean for the overall school accountability system (school grades).

Below is a brief recap and some of the key takeaways from today’s meeting on each issue:

It appears it at this point that it would take an act of intervention by the governor or (depending on timeline) legislature to change the current plans for the upcoming release of school grades based predominantly on the first year of FSA results only, but the question of defining the cut scores for what those results are is still open for some discussion at the state board level between now and January.

Make your voice heard by writing to your legislators — go here to get started with this easy tool!

In weighing this, it is important to consider how the students who have to take these tests year after year, with so much at stake, will be affected by these decisions.

The State Board plans to meet again in December. Stay tuned! We will continue to cover the latest developments. Click here to see the DOE's complete slideshow presentation.