Proposed changes to the way School Grades are calculated

Proposed changes to the way School Grades are calculated 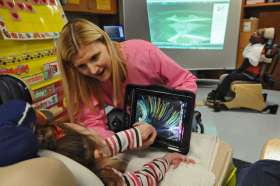 The Times-Union
Next week, the State Board of Education will consider a proposal that contains contentious and significant changes to the way that School Grades are calculated.
Because the grades are mostly based on students' performance on the FCAT (now the FCAT 2.0), these changes mostly have to do with whose scores are counted, and how.
The Jacksonville Public Education Fund has issued a Policy Alert about these issues - take a look at it here and learn more about the background of the issue and what JPEF recommends.
Media coverage for the issue is picking up steam. The Florida Times-Union had a story last week about the consternation generated by this proposal. The issue has generated a lot of debate around the state and locally, especially drawing outcry for parents of students with severe disabilities (read a profoundly touching letter to the editor in the Times-Union from one of them here).
Check out this great video from Channel 4 news here in Jacksonville about the issue. And this story from the Miami Herald explains why educators in Miami are concerned and has a good outline of all of the proposed changes. The Herald's editorial board took a strong stance against the changes.
Meanwhile, NPR State Impact Florida has a great explainer on why School Grades will drop so dramatically state-wide this year.
-- Deirdre