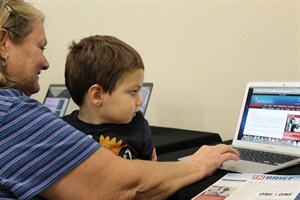 Today's launch event for School Facts Jax was a great display of partnership! The site was unveiled at the Regency Square Branch Library, with parents, school district officials and nonprofit partners in attendance. We want to thank especially Superintendent Nikolai Vitti and Library Director Barbara Gubbin for speaking at the event.

School Facts Jax is a digital tool that makes academic performance information about public schools in Duval County accessible with easy to use charts and interactive visualizations.

"Despite the quantity of information out there, it can be tough for parents and community members to find a coherent, comprehensive and user-friendly place to understand how our schools are performing academically," said Trey Csar, President of the Jacksonville Public Education Fund, told an overflow audience at this morning's event.

School Facts Jax contains key district-wide academic information, such as graduation rates for Duval County and every county in the state. Or, users can look up any individual school in Duval County for a complete report with up to six specific progress indicators that go well beyond just school grades. 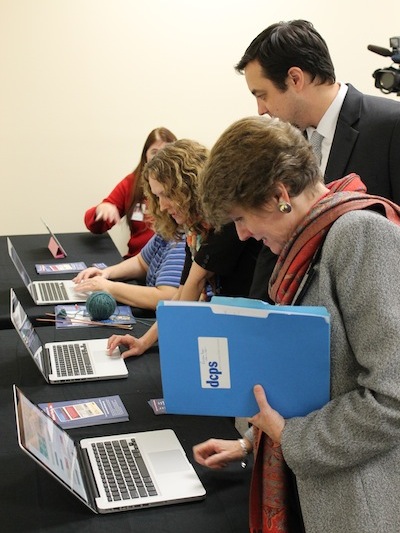 "Libraries play a key role in the educational success of students," said Barbara Gubbin, Jacksonville Public Library Director. "Parents often come to the library searching for information about their children's school.  We're thrilled to be able to share with them such a valuable resource."

In addition to academic performance information, School Facts Jax points people to important links within Duval County Public Schools as well as the many partner agencies  such as after school programs, PTAs and enrichment activities.

"This is one of many partnerships that you will be seeing which brings together resources that parents can use to make informed decisions about their child's education. This new tool will help fill the gaps in our current and future strategic plan," said Dr. Nikolai Vitti, Superintendent of Duval County Public Schools.

This is only the first phase of School Facts Jax, and the Jacksonville Public Education Fund has received support from a number of local and national sources to fund its expansion, including The Community Foundation in Jacksonville, Bruce Bower, Jim Swanson, Fidelity National Financial and others. Expansion plans will be announced early in the new year.