School Leadership Initiative: A look back at our pilot year

It wasn't the year we expected. 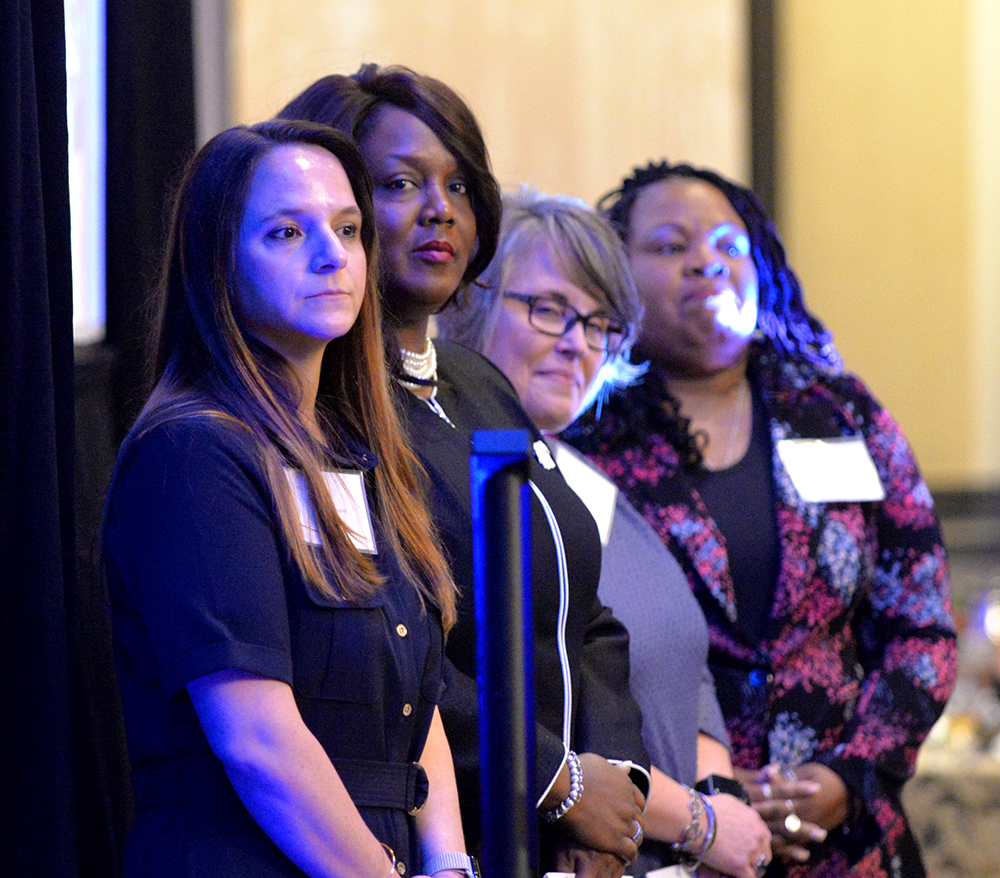 As part of the pilot year, four principals were selected for elite fellowships named after community leaders who played a founding role in JPEF’s first decade. JPEF supported the principals through $10,000 grants toward evidence-based projects in their schools as well as regular coaching throughout the year.

It wasn’t the year we expected. COVID-19 shut down school buildings in the spring and impacted the four fellows’ plans.

Even so, JPEF was proud to support these exceptional school leaders just as their jobs became more challenging than ever.

Now, the inaugural fellows are supporting other Title I elementary school principals to develop their skills as they re-open school amid the COVID-19 pandemic. This month, JPEF launched our School Leadership Initiative Residency, and the four fellows served as peer coaches.

Last week, they shared their projects and the progress they saw through their work with the residents during our virtual residency.

Yvonne Spinner, Principal at Ruth Upson Elementary in Murray Hill, was the Cindy Edelman Fellow for Teacher Recruitment & Retention. Her goal was to build the leadership skills of her top-performing teachers, known as the “irreplaceables,” based on a report from TNTP. She planned to place them in mentoring roles and give them an exciting professional learning experience through the Teach Your Heart Out Conference in San Diego. While the conference was postponed due to COVID-19, Ms. Spinner told the residents this week that she is still excited for her teachers to have such a high-quality experience next year.

“The School Leadership Initiative has created a strong partnership between our school and the JPEF,” Ms. Spinner said. “With this partnership came principal mentorship and access to JPEF as a major thought partner on recruitment and retention strategies. Their experience and ideas have helped me to refine my project and ensure my teachers receive the best experience possible.

Marva McKinney is the principal of Cedar Hills Elementary and served as the Brian J. Davis Fellow for School Climate & Culture. She led a project where she created clubs for students to learn character education and invited parents and families to join.

“Since many of our students do not have positive role models and come from broken homes, I want to add various projects that will combat many of the negative stigmas that surround the community,” McKinney said.

During the recognition ceremony that was covered in the Jacksonville Free Press, boys wore blazers and ties and girls wore neckties and skirts. Families were so proud to be called by the school for something positive that they had a terrific turnout. Judge Brian Davis and JPEF joined the event to honor the students, which added to the excitement.

“This has been a wonderful experience so far, because I’ve had support and coaching and everything that comes with JPEF,” McKinney said. “We were proud to reduce discipline referrals by 25% in the six months of implementation of the clubs.”

Jennifer Gray, Principal at Don Brewer, is now moving to Oceanway Elementary in the 2020-2021 school year. She’ll be bringing the practices she piloted as the John Delaney Fellow for Family & Community Engagement.

At Don Brewer, Principal Gray wanted to improve family engagement with hard-to-reach parents. Don Brewer had a “sputtering PTA” for years, and had trouble collecting data on how families felt about the school because the response rate to their 5Essentials survey was so low.

Brentwood Elementary was another pilot school in flux. As part of the district’s plan to consolidate small schools and upgrade their facilities, Brentwood will be closing and students will attend North Shore Elementary in the 2021-2022 school year. This fall, Jacqueline Jones will transition to be the principal of Westview PK-8. The assistant principal at Brentwood will remain as an Assistant Principal designee and a teacher leader will remain a math coach in an effort to sustain leadership at the school during the transitional year. Given these changes, Principal Jacqueline Jones’s project to develop a succession plan was key.

Her work focused on building the leadership skills of instructional coaches and administrators in her school. To do so, she led book groups to learn about coaching, leadership and management. Principal Jones said she especially appreciated the coaching support of JPEF School Leadership Consultant Rebecca Parrott.

“I found the opportunity to collaborate with an educational leadership coach most helpful,” Principal Jones said. “She supported and provided resources that encouraged my creativity, expertise and experience while developing the project. The collaboration was thought provoking and refreshing. Whenever needed, she was available to unpack the challenges and help problem solve the issues.

The School Leadership Initiative Residency kicked off last week virtually and continues through next week. More than 25 Title I elementary school principals are participating. Those who complete the four-day immersive training will be eligible to apply for 12 fellowships in the upcoming year, to receive grants and coaching through JPEF.

The inaugural fellows served as peer coaches during the Residency and said they’re excited for what the next cohort of fellows will be able to accomplish.

“I personally look forward to my colleagues receiving the opportunity to also partner with JPEF’s Leadership Initiative and develop the work they are passionate about at their schools,” Principal Jones said.