The Second Annual ONE by ONE Convention was an atmosphere of excitement around education in Jacksonville. As a featured ONE in THREE student it was incredible to witness 400 delegates in the same room all with a common goal in mind; to move education forward in our city. It's hard to believe how far we have come in just a few short years. The most exciting thing about the day was the emphasis on hearing the voices of our local young people. To facilitate this movement and discussion was an honor for me. 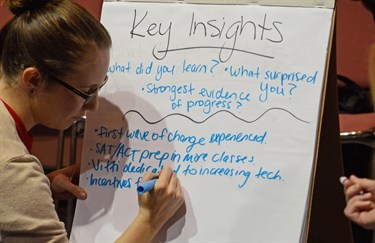 Throughout the entire convention we actively listened and applauded the bravery of those students, who willingly stood up for what they believed in. It was evident that students felt like what they had to say mattered this time. We heard things like the need for better and healthier lunches to the desire for high quality teachers who actually care about the well-being of their students. The unaltered words coming from a young person is something we should never take lightly and it was exciting to see that portrayed so beautifully at the convention.  My hope is that every delegate now take ownership with their new ambassador roles and play an active role in the fight for high quality education in Duval County. 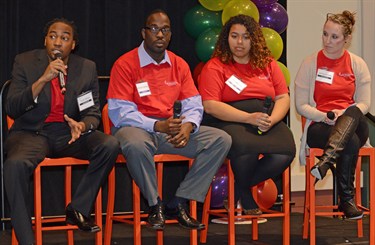 Click here to view more photos of the Second Annual ONE by ONE Convention: Moving Public Education Forward.

Read the Florida Times-Union article here, that featured a picture of Allishia Edmonds during the student delegates session.

Community Advisory Team member, ONE in THREE Student and 2014 ONE by ONE Delegate