An amazing afternoon of conversation and performance set the stage for youth involvement in public education reform at the ONE by ONE Student Voices event on Saturday, December 10.
Around 70 youth from all over Jacksonville converged on the Murray Hill Theatre on the Westside to be among the first people to participate in the ONE by ONE conversations that aim to build a community-based action plan for public schools. 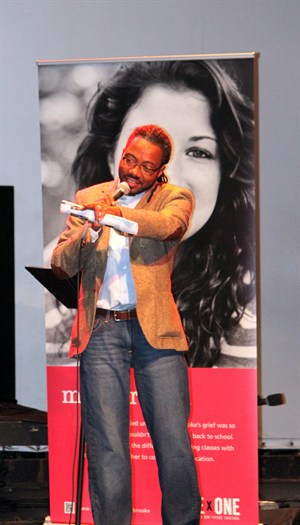 Al Letson, host of NPR's State of the RE:Union moderated the event, which included a poetry reading by Al and a performance by the youth street team of ONE by ONE, called ONEpush. (If you haven't yet heard their original song, "ONE by ONE," you are missing out!)
Then, the students broke into smaller groups to talk about their aspirations for our schools - over pizza, of course! 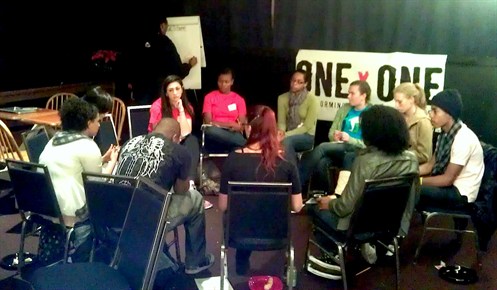 So that students would be completely comfortable and frank, the conversations were facilitated and scribed by trained teenage volunteers at Youth Leadership Jacksonville. No adult eavesdropping!
When it was time for sharing out what came from the conversations, it was incredibly powerful. Among the issues they brought up: bullying, the need for clear communication between administration and students at schools, more parental involvement in schools, and more. (Look for full results on www.onebyonejax.org in January!)
It wouldn't have been possible without the generous support of the Murray Hill Theatre as well as Moon River Pizza, which donated the pizza. Community support is essential to this effort!