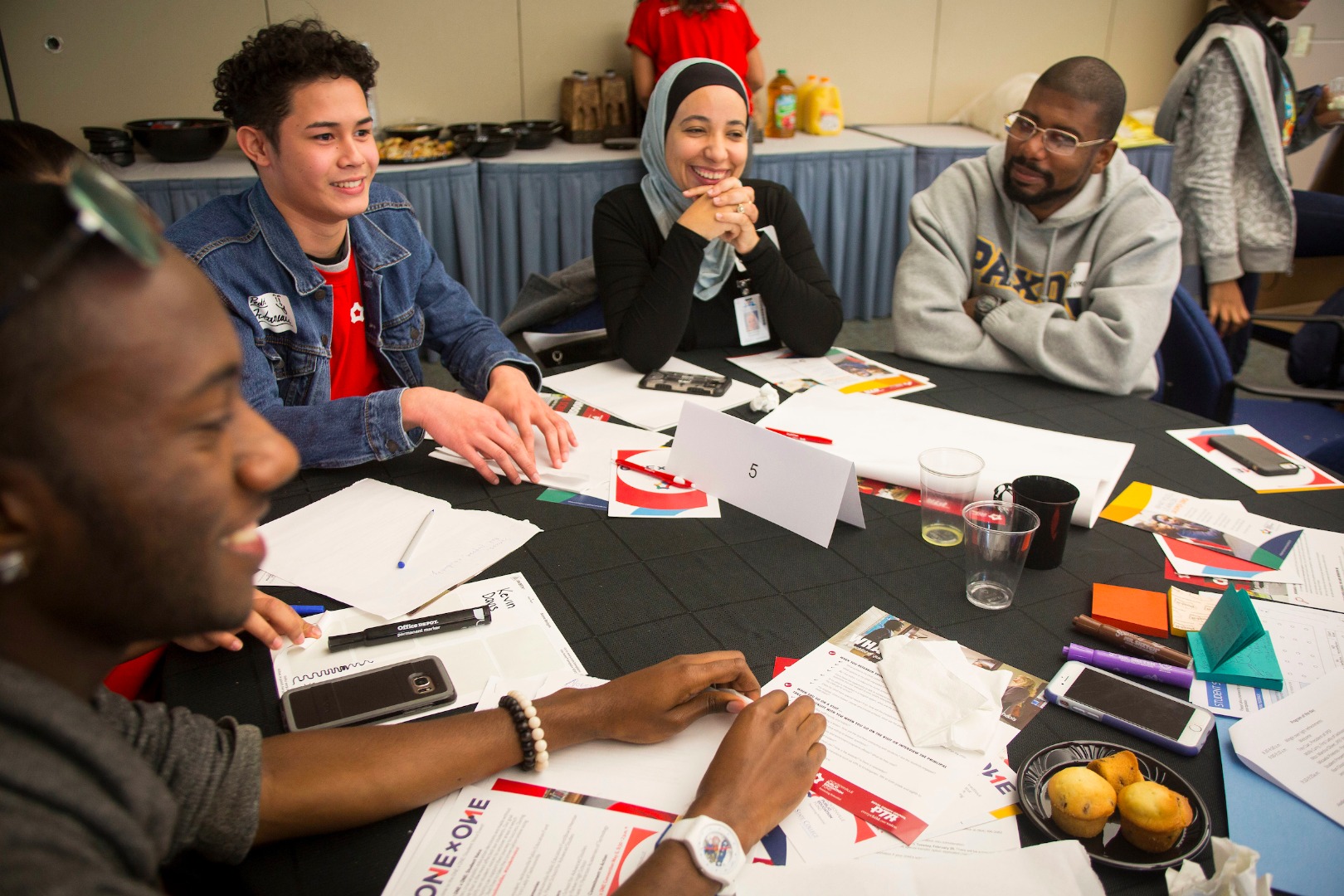 On a cold, crisp, and clear Saturday morning, the Jacksonville Public Education Fund hosted our third and final ONE by ONE: Student Voice event. The past two events left all of us inspired, challenged and motivated to continue to elevate student voices to inform the work of supporting a high quality public education system. Many districts in our country, including Duval County, are starting to use student voice to help shape their programs.

Jacksonville’s students truly deserve to continue to be heard in the same way.

Over 110 members of the Jacksonville community gathered Jan. 28 at the Wilson Center for the Arts in FSCJ to hear three students present about the kinds of support they need to be successful and then later brainstorm with student participants to come up with actions the community can take to help support these students.

Ron Osorio, an IB Student at Paxon School for Advanced Studies, spoke about the need to recognize every student’s success on their own individual abilities and not as the result of stereotypical group perceptions. As a Filipino American, Osorio encouraged the community and teachers to look beyond his Asian background and recognize his individual efforts and skills that have led to his success. He discouraged stereotypes of Asian American students as having an innate ability for academics in comparison with other students.

Jessica Swint, a student at Terry Parker High School, spoke at this year’s City of Jacksonville Annual MLK Breakfast. We were honored to have her at the Student Voice event where she discussed  how staying organized, focused  and having excellent time management skills helped her succeed. She is poised to be a future leader in Jacksonville and has already led many things in her high school including starting its first ever Debate Club. She encourages schools to increase  opportunities for students to exchange ideas and perspectives about real world issues.

Our final presenter of the morning, Devon Singletary, is a student at Frank H. Peterson Academies of Technology. Singletary inspired students to put in their best effort toward their goals. When sharing about what has helped him succeed, he mentioned some powerful advice from his brother:

“A lot of people want the million dollar paycheck, but they give a minimum wage effort.”

Singletary also talked about the importance of humility throughout life.

These presentations were followed by rich dialogue between community members and student participants around how the community can support students as they uncover their own definitions of success.

Participants discussed various topics, however, a few stood out. There was a clear acknowledgement by students that equipping schools with the tools, funding and services needed to care for students’ mental health was imperative. A lot of students expressed the need for mental health awareness and the de-stigmatization of mental illness so that students become comfortable asking for help.

Issues around inclusion were also discussed, including schools making a real effort to ensure that different-abled students feel included and empowered to contribute to the learning environment by exchanging lessons and ideas with traditional learning students. Another aspect of inclusion touched on stereotypes around race and the dynamics therein.

It was clear that students were ready to dive into topics that were important to them and that they felt strongly about the topics being presented.

Ideas on how to increase parental involvement were discussed, such as realizing the language barrier for many parents who are not native English speakers. Students suggested ensuring that school meetings were accessible to all parents, especially those that want to be involved, but do not feel comfortable because of a language barrier.

This Student Voice event proved again that the need to amplify student voice, invest in real life work experiences for students, and develop strong and effective community partnerships between schools and different sectors of the community is a priority for students. Jacksonville Public Education Fund staff and some Community Advisory Team members will analyze the notes collected from this event in greater detail with our data analysis team. Each Task Force created after each of the events, will meet later and define the specific actions they would like to take to support a more comprehensive definition of student success.

The specific actions will be implemented at selected schools in a multidisciplinary manner with student voices at the center of its development and execution.  The results of these projects will be presented at the ONE by ONE Convention on May 6, 2017 in Jacksonville.