Teachers and parents speak out on public schools

At a City Council public hearing, community members voiced their support for putting a half-cent sales tax for public schools on the ballot. 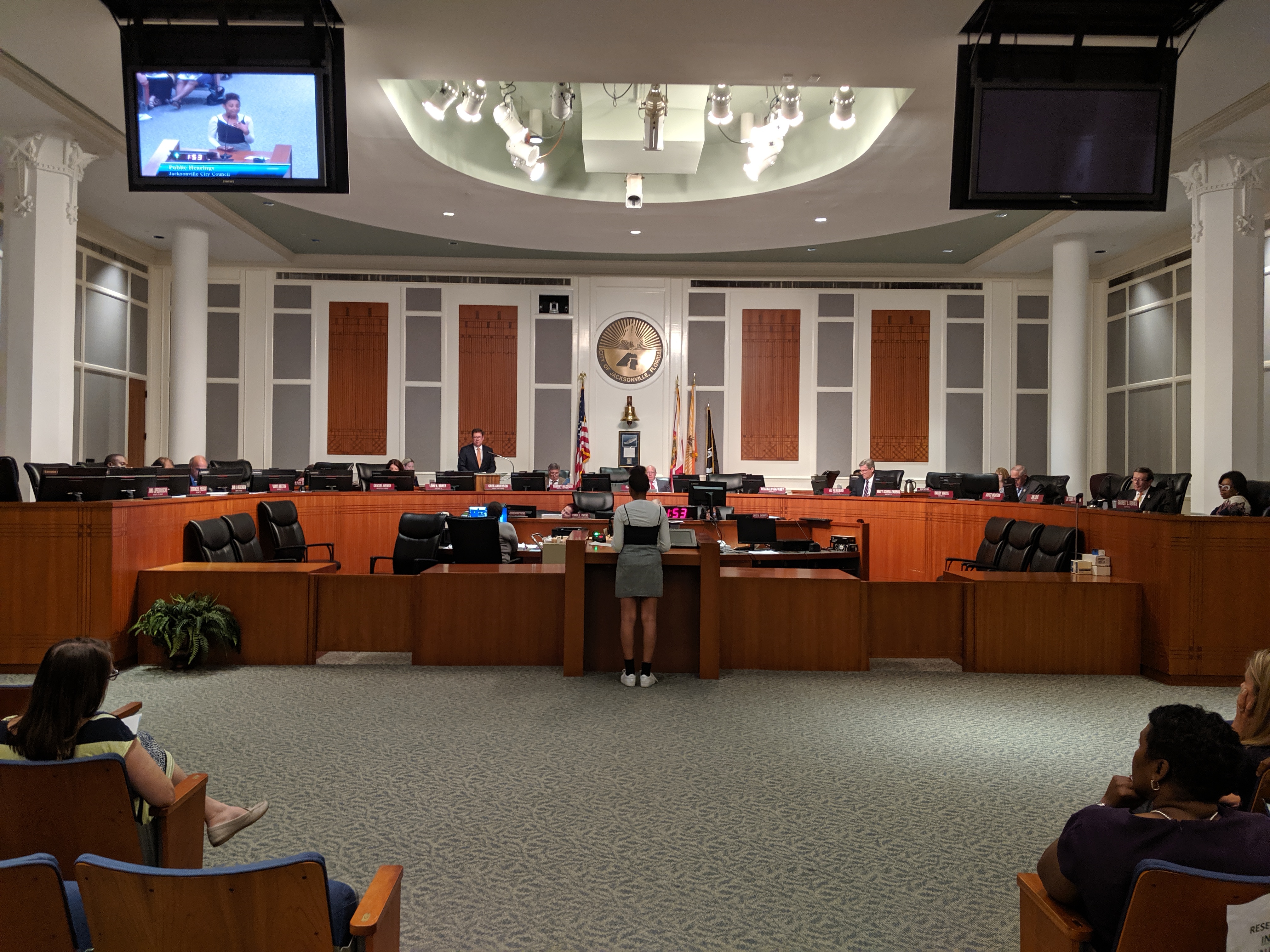 Should voters get to decide on a half-penny sales tax for public school buildings in Duval County?

On Tuesday night, almost 70 people spoke before City Council to advocate for more funding for public schools. Some of the leading voices were parents and teachers who have participated in JPEF's leadership development programs.

Graduates of Parents Who Lead, the civic leadership program for parents that JPEF launched in partnership with Duval County Public Schools, the Jacksonville Public Library and the Kids Hope Alliance, shared their views during public comment and in interviews with the media. Tiffany Clark, Latrice Carmichael and Richa Jethwani voiced their support for investing in public schools. Tiffany Clark's daughter, Danyel, a student in Duval County Public Schools (pictured above), also supported the referendum in her own public remarks.

"If we really want to step up our game and give back to our students, we're going to have to make a bold move," said Carmichael, whose son is an eighth-grader in Duval County Public Schools. She told the Council she went to an open house at the school when the A/C wasn't working. "Let the parents, let the community members have a voice...we cannot keep failing our students."

JPEF President Rachael Tutwiler Fortune shared data from JPEF's annual poll that showed more than three out of four community members would support a small tax increase for school facilities. She shared that the poll is conducted in partnership with the Public Opinion Research Laboratory at UNF, and is weighted by demographic variables to ensure it is a representative sample of the community at large.

Rachel Duff, a finalist for 2019 Duval County Teacher of the Year, also spoke before City Council, as did other teachers.

"The improvement of our school buildings is an issue of access, equity and justice," Duff said. "The state of our school buildings affects education. It affects student learning, it affects teacher morale, and it affects the general attitude of parents and community members toward local education....Our children deserve our absolute best. Every day that I walk into my classroom, I know that my students deserve my absolute best, and I think that should be reflected in the buildings in which they are learning."

Media coverage of the event included a live broadcast from Action News Jax that included comments from Tiffany Clark; a story in the Florida Times-Union that quoted Latrice Carmichael, and a report in Florida Politics that quoted JPEF President Rachael Tutwiler Fortune.

Want to get the facts on this issue? Check out our FAQ.