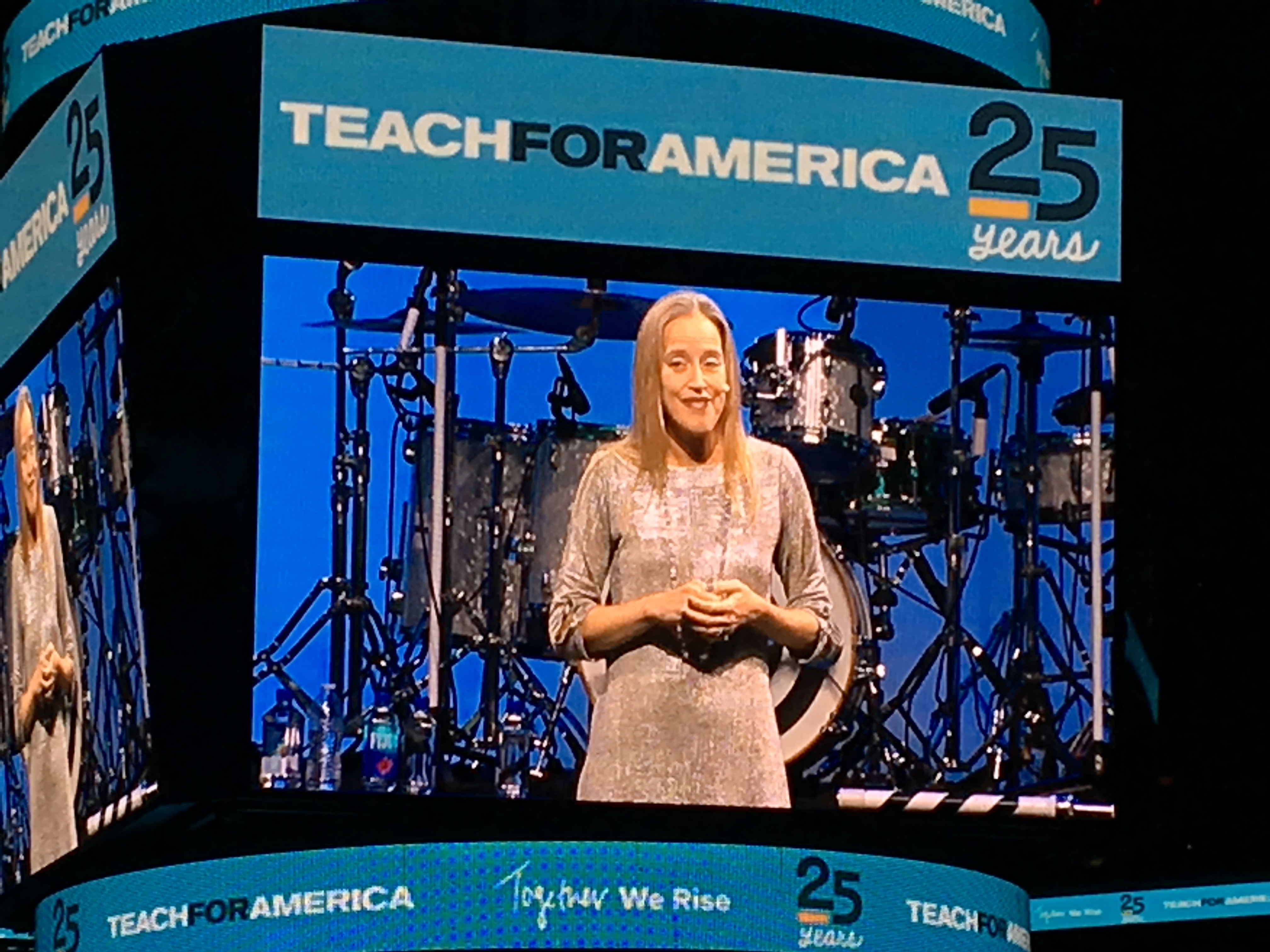 WASHINGTON, D.C. -- From the start, it was clear that the 25th Anniversary Summit of Teach For America was going to be different. The organization, which has grown into one of the most successful and influential forces in improving public education in America's urban centers, has been facing increasing criticism for being elitist and tone-deaf.

Five years ago, Teach For America's 20th summit was a reform tour de force, with speaker after speaker pounding their fists on the table about the need to reinvent systems of public education, and how groups like Teach For America, KIPP and others were leading the charge on behalf low-income students, opposition be damned.

This past weekend, when more than 15,000 alumni and corps members gathered in Washington, D.C., the mood was more reflective, the speakers and participants clearly humbled by the recent criticism and immensity of the challenge that remains.

Talk about ending Last In First Out, using VAM scores and creating charter schools, this year centered around how the list of longstanding "reform issues" can be broadened to include topics such as racial equity, mental health, and income inequality. Instead of calling for steamrollers, alumni were encouraged to consider the value of partnerships and collective action.

Messages about the value and necessity of building a broad and diverse coalition were everywhere, from reminders about the diversity of the incoming corps (half non-white and a third first-generation college graduates), to opening the so-called "Big Event" with performances from representatives from the native populations of Hawaii and New Mexico.

The undercurrent seemed to ask a critical question: Can the Teach For America community continue to remain uncompromising in improving outcomes for our nation's most vulnerable kids, but do so with less collateral damage to those people and organizations who have worked in the education space for decades? From attendees, the answer was a strong and clear "yes."

Indeed, it seemed as though the organization itself had emerged from its rebellious teenage and early twenties and begun to understand that winning the battle against educational inequity is not going to be won overnight, and that staying power is vital to the future of movement.

The shift in language was likely overdue, but a strong indicator of the wisdom and influence of its new leader, Elisa Villanueva Beard, a Mexican-American alumna of the corps' Rio Grande Valley who is very open with her feelings about the importance of focusing on diversity and social change issues.

Throughout my 14 years in and around Teach For America, I have seen the organization grow and change, have great successes and, yes, make some mistakes. For many of us, this recent shift in message just formalizes what we've been seeing and doing on the local level for a while, but hearing it infused into the organization's strong culture means it will be an even larger part of the organization's training, activities and messaging for years to come.

I have never been prouder to call myself a Teach For America alumnus, and remain as hopeful as ever that this new, inclusive focus will lead to an even stronger future for young people across America.

For, as the conference theme suggested, only together, can we rise.

Trey Csar is a 2002 Houston alumnus of Teach For America.